SSC CHSL Result 2022: The Staff Selection Commission (SSC) of India is going to release the SSC CHSL Tier-2 Exam Result on its portal soon. The CHSL Tier-2 test is scheduled for January 9, 2022, and only candidates who score minimum qualifying marks in this test shall be eligible to appear for the Tier-III test, which would be a skill test. The result of SSC CHSL Tier-I has already been announced by the authorities (different SSC regions) on October 27, 2021. The candidates also got their hands on the Tier-1 cut-off marks—in addition to the answer keys—on November 5, 2021.

As soon as the SSC CHSL Tier-2 exam is carried out, the SSC will start gauging the performance of the candidates who appeared for the test. The hiring of best-fit candidates is done strategically by the SSC. Therefore, it might take some time for the candidates to check the status of their tier-2 exam results. We suggest all such candidates keep an eye on this page to never miss any update on the result declaration. Continue reading to know more about the SSC CHSL result date. Let us take a look at the SSC CHSL Exam overview:

Although checking SSC CHSL Exam Result is straightforward, some candidates—especially those who took the test for the first time—may have difficulty in finding the result from the official website. For them, we have laid out the step-by-step procedure for checking out the result: 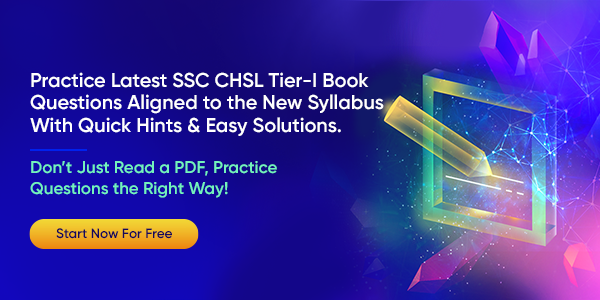 That is how one can check the SSC CHSL Tier-2 Exam Result easily. However, if there is still anything that is causing trouble, candidates can always reach out to us via the comment segment given below.

Currently, the CHSL exam for Tier-2 has not been conducted by the SSC. However, as soon as it is carried out, we will update the direct links to the result in this segment for future reference. The candidates will need to keep eye on this page to always stay in the know.
Tier-1 Result: SSC CHSL Tier 1 Result (Out)

While looking for the result of the SSC CHSL exam, the candidates are suggested only to trust the official sources and not pay attention to others. The only way to check out the result is from the official web link we will add to this page. In addition to the aforementioned details, the result could also show other beneficial information. Each candidate needs to ensure that their name is laid out in the result or not. The result will also entail the next round for which the candidates have been chosen/shortlisted.

Here are some of the frequently asked questions regarding the SSC CHSL Result (with answers):

Q. When will SSC declare CHSL Tier-II Exam Result?
A. The SSC will be declaring the CHSL exam result soon. We will add the direct link to the PDF for the candidates who took the test on the scheduled date.

Q. When will SSC declare the CHSL Tier-2 result?
The SSC is all set to declare the result of the Tier-II exam once the exam has been carried out on the scheduled date, i.e., January 9, 2022.